Plant a tree in memory of Rita
An environmentally-friendly option 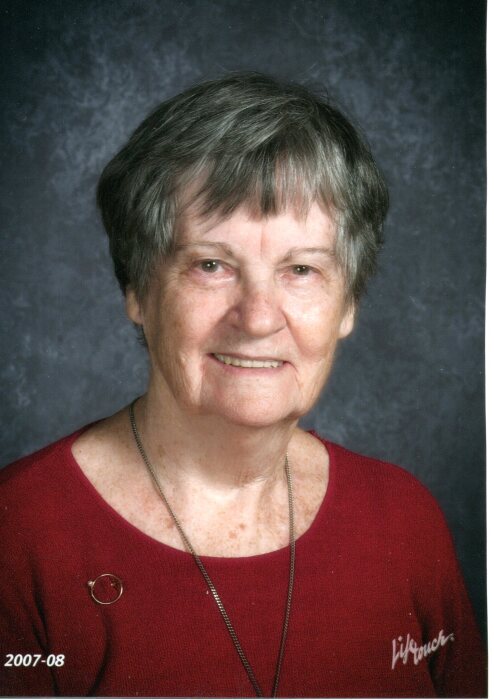 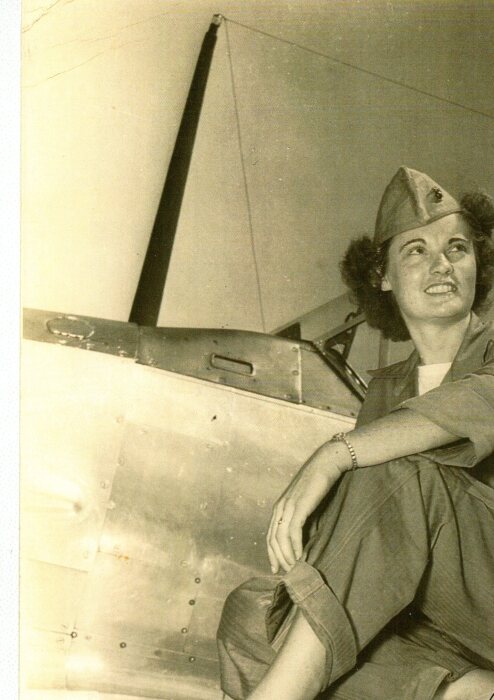 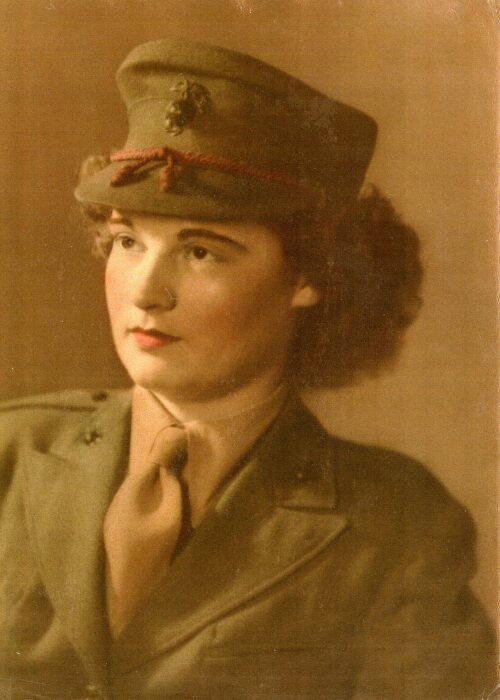 Rita’s greatest memories are of her Military Duty and training in Motor Transport during WWII in the US Marine Corp Women’s Reserve.  After the war, she married her sweetheart Joseph F. Kreutz on September 1, 1945 shortly after he returned home from serving four years in the US Army.  Together they raised six children.  Rita worked alongside her husband running the JFK Parochial School Bus Service for many years.  Ultimately, Rita found her true talent and passion in music.  As a young girl. She taught herself to play the piano “by ear” never having taken music lessons.  She could sing beautifully and played piano and organ.  She was also talented artistically working with Catholic school children in the liturgical theatrical productions.  She became the organist for Assumption Catholic Church in the early 60’s, St. George’s Catholic Church in Affton in the 70’s-80’s, and finally Holy Infant Catholic Church/School in Ballwin as the pastoral musician from the late 80’s until her retirement at age 92 in 2016.  Later in life after her husband’s death, she joined the Benedictine Order as another way to share her talent and commitment to her faith.  She will be truly missed.  There will be a private family memorial.

Plant a tree in memory of Rita by clicking here.
To send flowers to Rita's family, please visit our floral store.

Plant a tree in memory of Rita
An environmentally-friendly option

Plant a tree in memory of Rita

6 trees planted in memory of Rita

There is 1 photo available in the gallery

Thank you for everything, Rita! I will miss your smiling face, your music and friendship. May you now find peace and rest! I know you have heard the words, "Well done, good and faithful servant!"
Bob Catlett


A Grove of 3 Memorial Trees was planted in memory of Rita M. Kreutz

Rita brought so much to our Holy Infant School. We had the most beautiful and inspiring children’s liturgies. Her great love for the liturgy and her ideas to enhance the liturgies were taught to us. They are now being passed on to another generation of teachers. She had such a great influence on our school community that continues to live on. I feel very blessed that I had the opportunity to work and sing with her. Holy Infant will continue to be inspired by her love for the liturgy. She was a blessing from God, for sure.

Just wish to say thank you for all the incredible gifts that you shared with my family and many, many others. And thanks for the profound lesson in Life.

A Memorial Tree was ordered in memory of Rita M. Kreutz.  Plant a Tree

Rita was one of a kind ... the best kind.  A selfless woman who charged headlong into anything to which she set her mind.  One could not help but be encouraged just by her enthusiasm for life.  Rita was an inspiration to me at Assumption grade school; Rita and I played an organ-guitar "duet" at Assumption.  it was a first.  She encouraged my young skills and talent ... and I have remembered her throughout the years.  I remember Saturdays in the Kreuz family basement ... Maury on the drums, me on guitar .... occasionally, Donna would come and sing.   I vaguely remember Michael and Mark sitting and laughing ... (chuckle) ...  such wonderful memories ... and Rita was always cheering us on.  She understood liturgy as more than just a Sunday event ... it was also life.  I imagine her talents are still being engaged and she will continue to share and teach us.  May the angels lead Rita into paradise ... actually, I can see her singing and leading the procession.  Dear Kreuz family, my sincere and deepest condolences.   Much love, Gerre Rohling, Washington, DC

Rita was a gem.  She told me once that she dreamed about all of the things she could do in music to make the Liturgy more beautiful..  She certainly helped Holy Infant to shine!  And, oh my, did she have the props!  Rest in the peace of Heaven my friend.
Kathee Lenger
first grade teacher

Plant a tree in memory of Rita